However - on the car supspension frame mounting points i.e the dimensions and geometry where the complete strut cartridge assembly mount to are the same.  This means you can swap out the non-ECS strut assembly and replace it with a rear AWD ECS strut assembly.   This is also true for the rear struts in the late model  3000gt SL versions that did not have ECS.  You can swap out the strut cartridge assembly and replace it with an early model rear ECS SL strut assembly.

So specifically What OEM Hardware is required for doing a  retrofit of the Mistubishi OEM ECS strut & spring assemblies  into a later model year care where no factory  ECS was supplied?

The intent of the retrofit is to add back in some form of ECS control into the car - using either an aftermarket  or a custom controller or retrofitting the complete original full factory ECS system (have fun with that).

For the Front struts you technically  only need to  replace and order the following:

For All the other mounting hardware for the front should be the same.  However you might still want to replace any of the rubber mounting pieces due to wear .

For the Rear struts you need to replace everything - all the mounting Hardware, the strut cartridge and the springs.

NOTE:    if you  are doing the complete retrofit you obviously  have the option to use aftermarket springs (like Tein H-Techs or S-Techs) instead of the factory OEM ECS springs.  This is what I did for my retrofit.  Tein H-Techs gave my 1998 VR4 about 1" of drop and reasonably firm ride but not overly so. 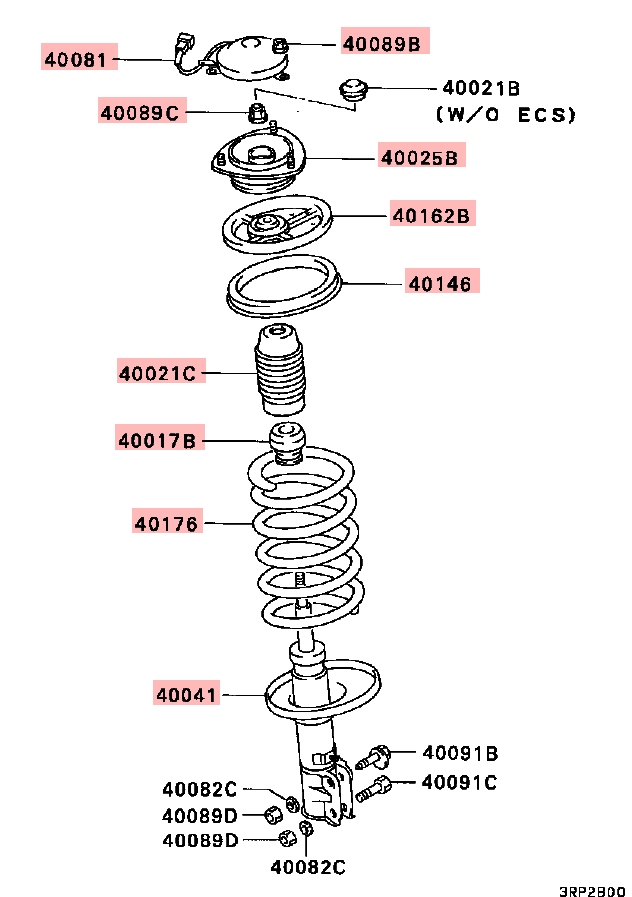 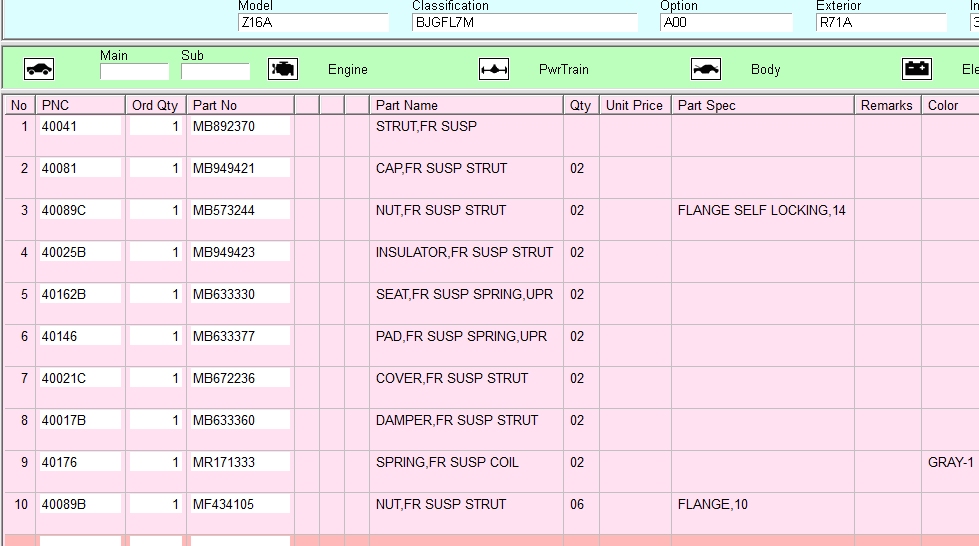 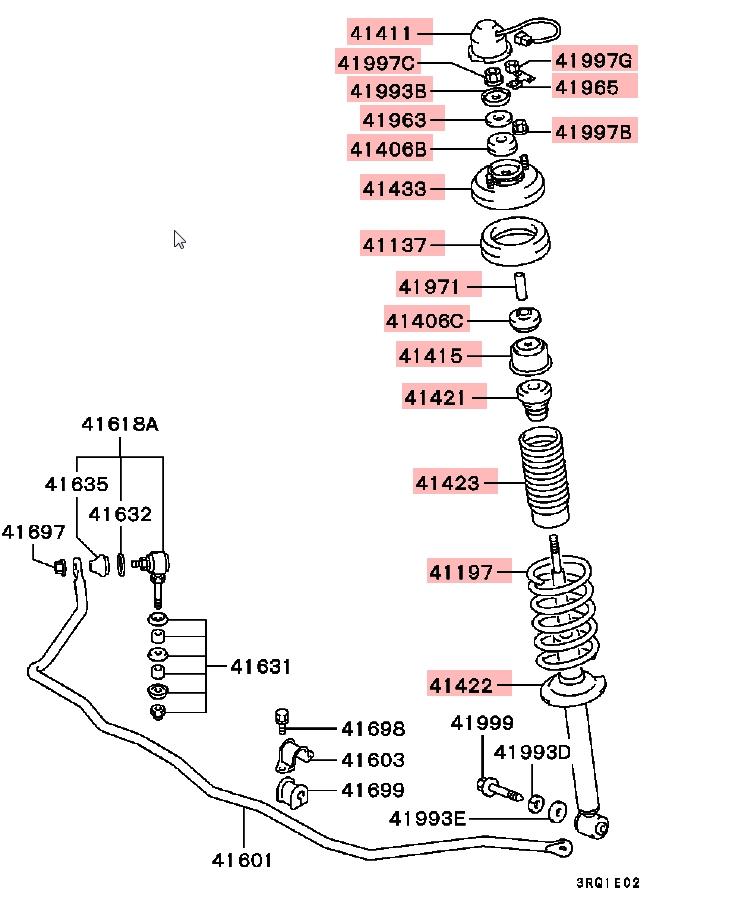 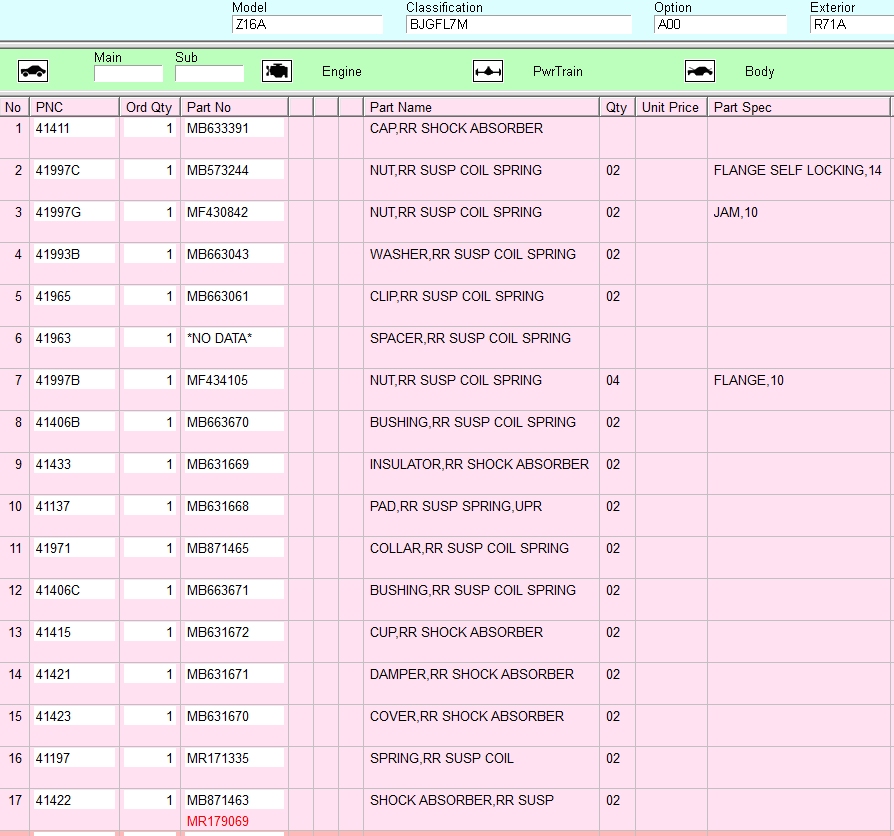 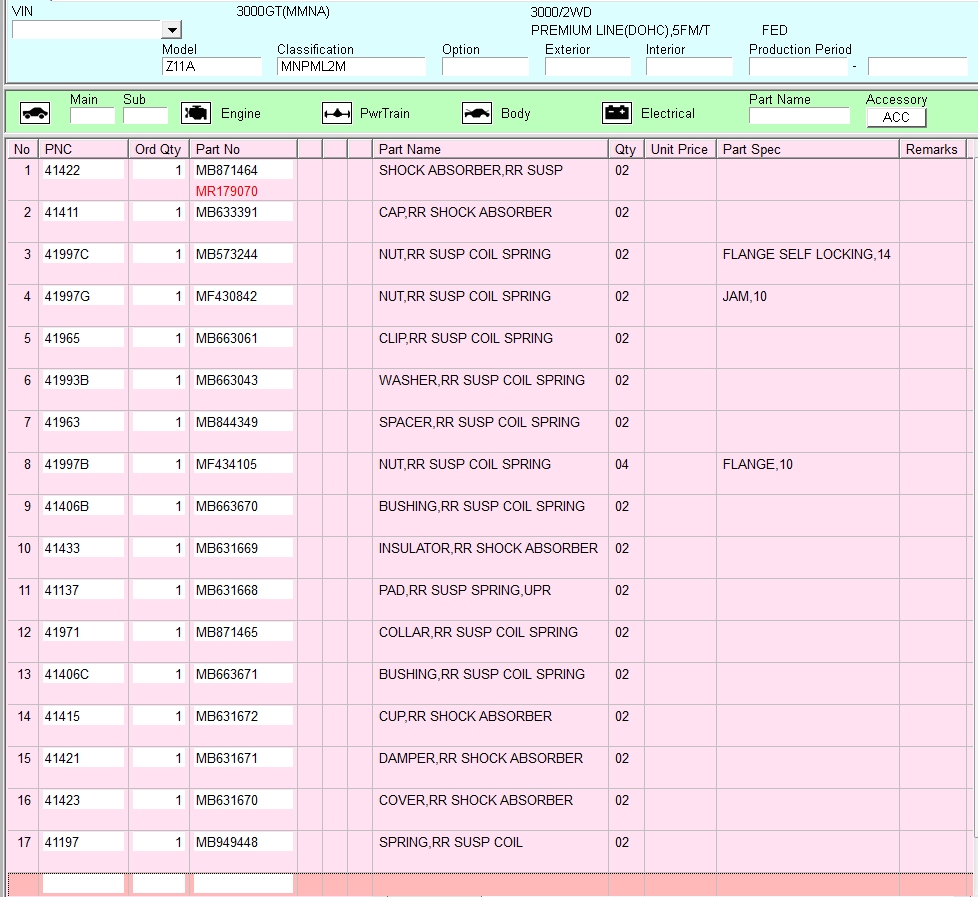 Picture below shows the Dimensional Differences in Rear ECS  Struts for  3000gt AWD/VR4's   VS.  3000gt SL's (non-AWD).  The same dimensions would apply to non-ECS struts cartridges being used in the same cars. 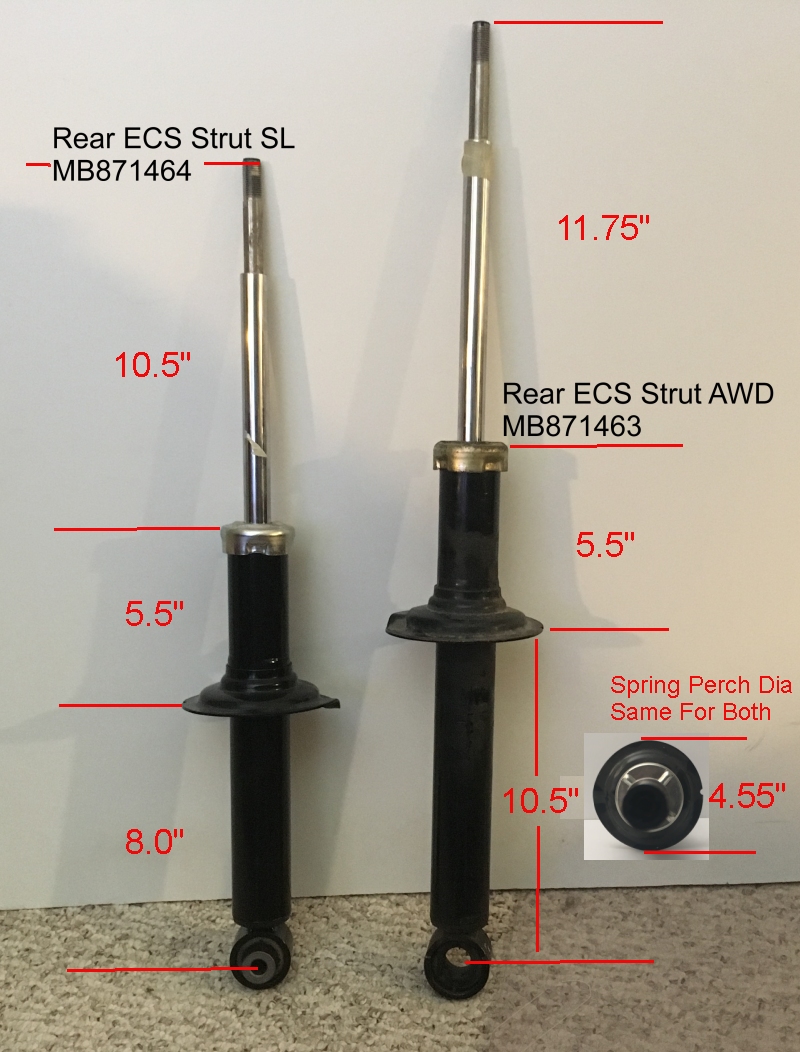 Picture Below is of all the components for doing the ECS Retrofit for an 3000gt VR4 AWD car.